It’s the height of dandelion season here currently and the girls are on the hunt for fluffy dandelions to blow into the wind everytime we go outside! We had a wander in the empty park on the way back from picking up a parcel from the post office and found lots of dandelions. 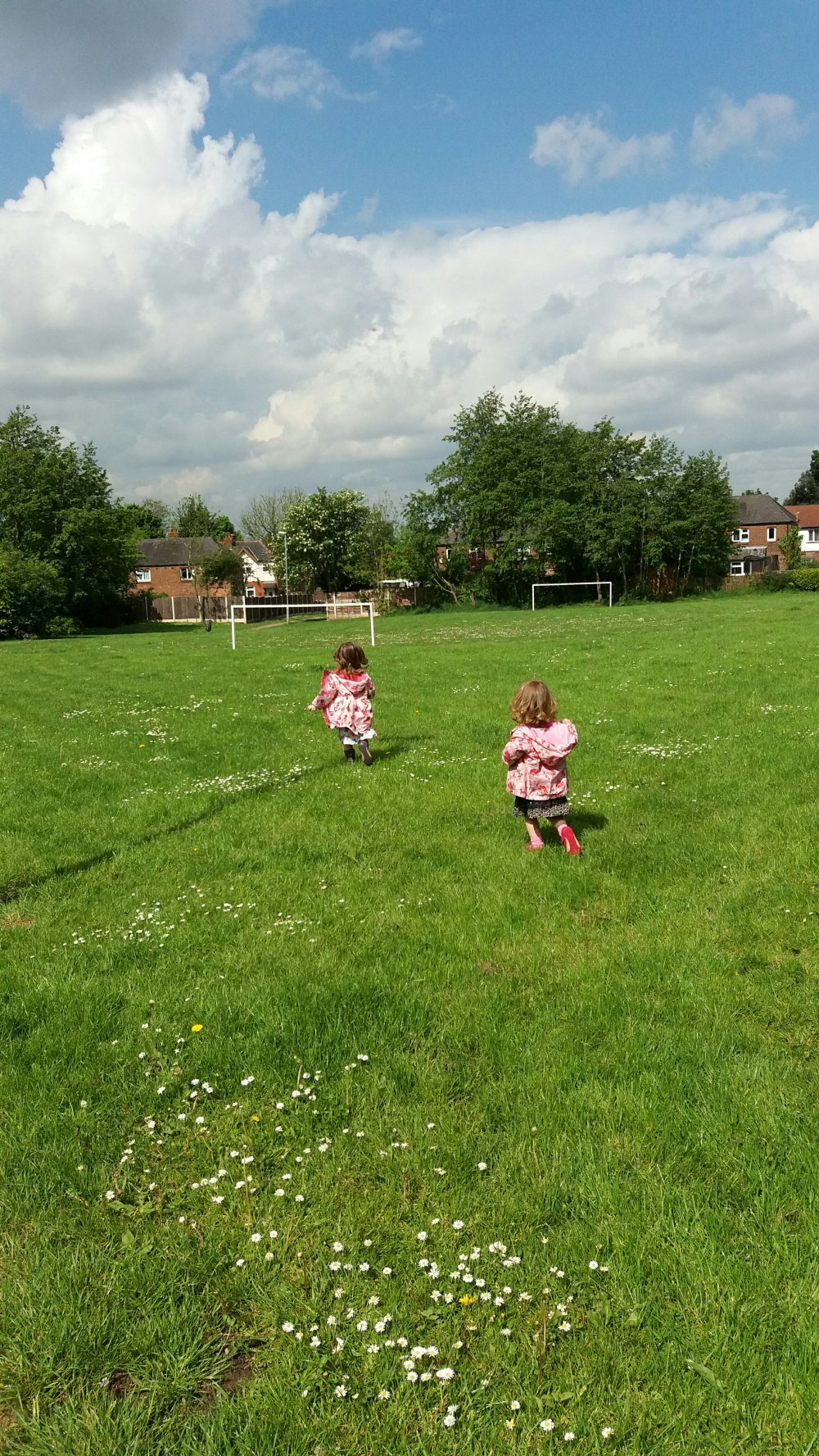 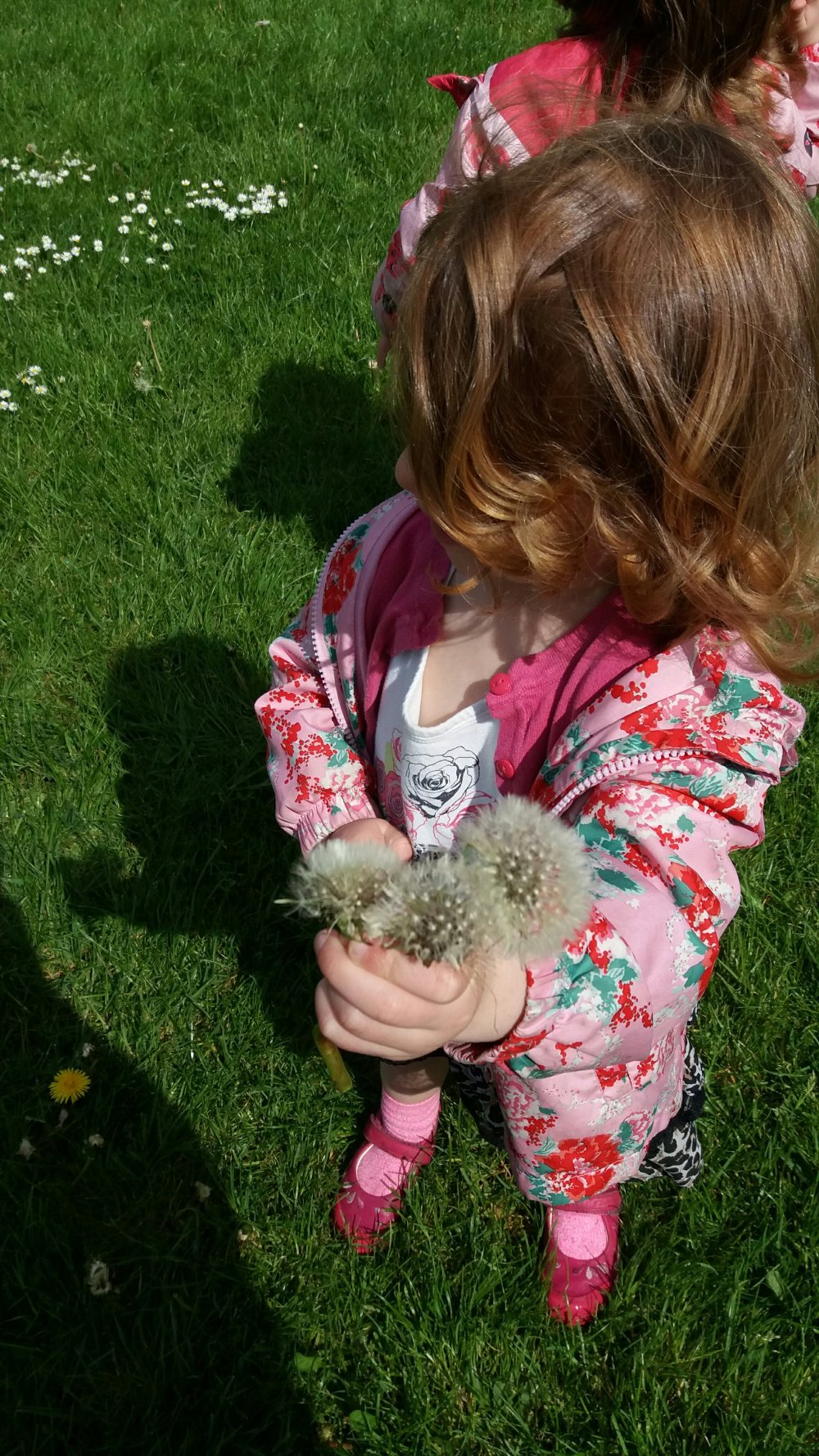 The girls hunted them out and brought some for K to play with too. We have been talking lots about seeds and plants recently with S asking questions about why seeds are inside fruit or attached to the fluffy bits for dandelions. I have been explaining about seed dispersal and how the dandelion used the wind, with the fluffy parts acting like a parachute.

When we got home, we made little parachutes using plastic bags to model the dandelion seeds.

To make the parachutes we used; 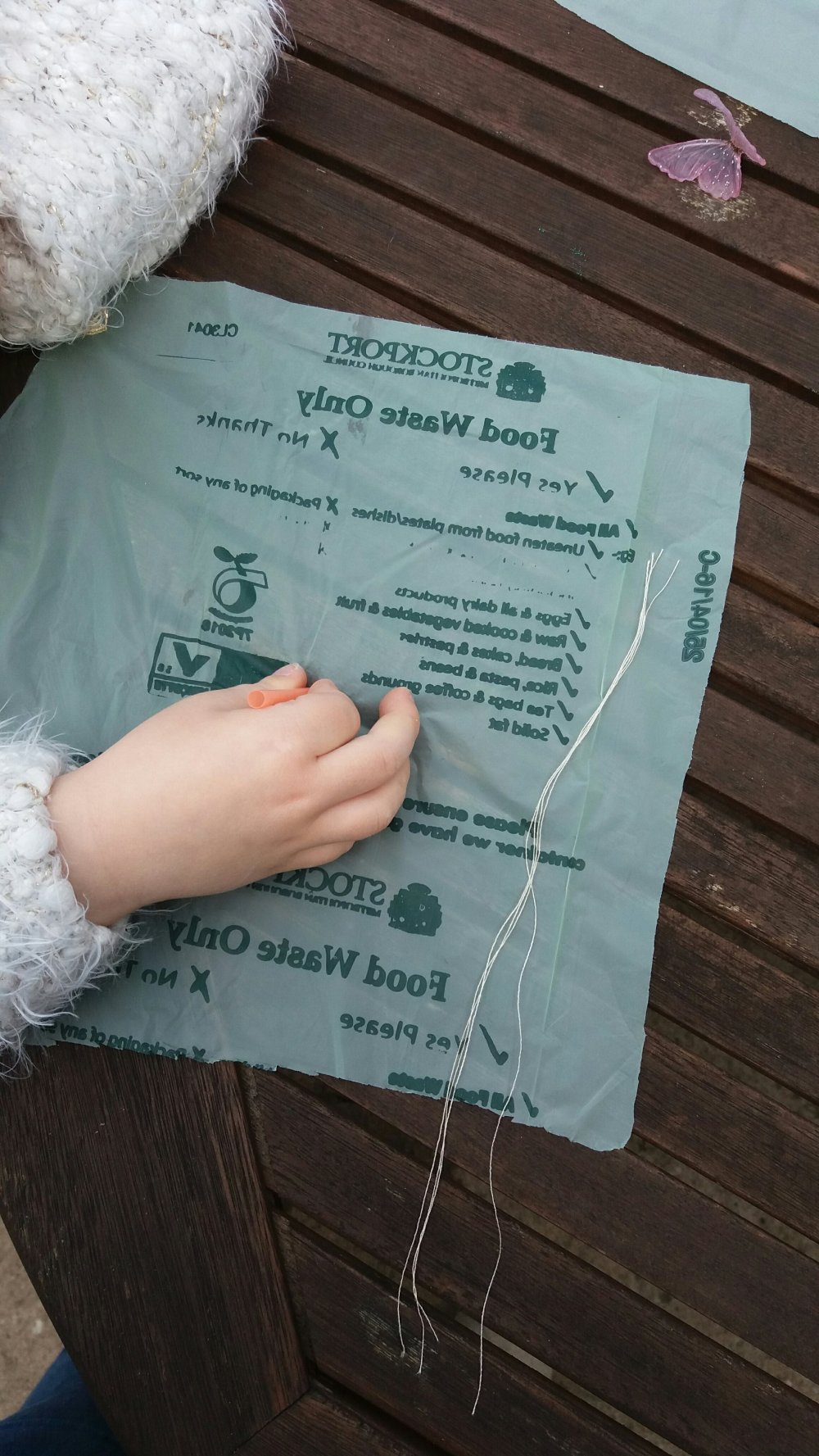 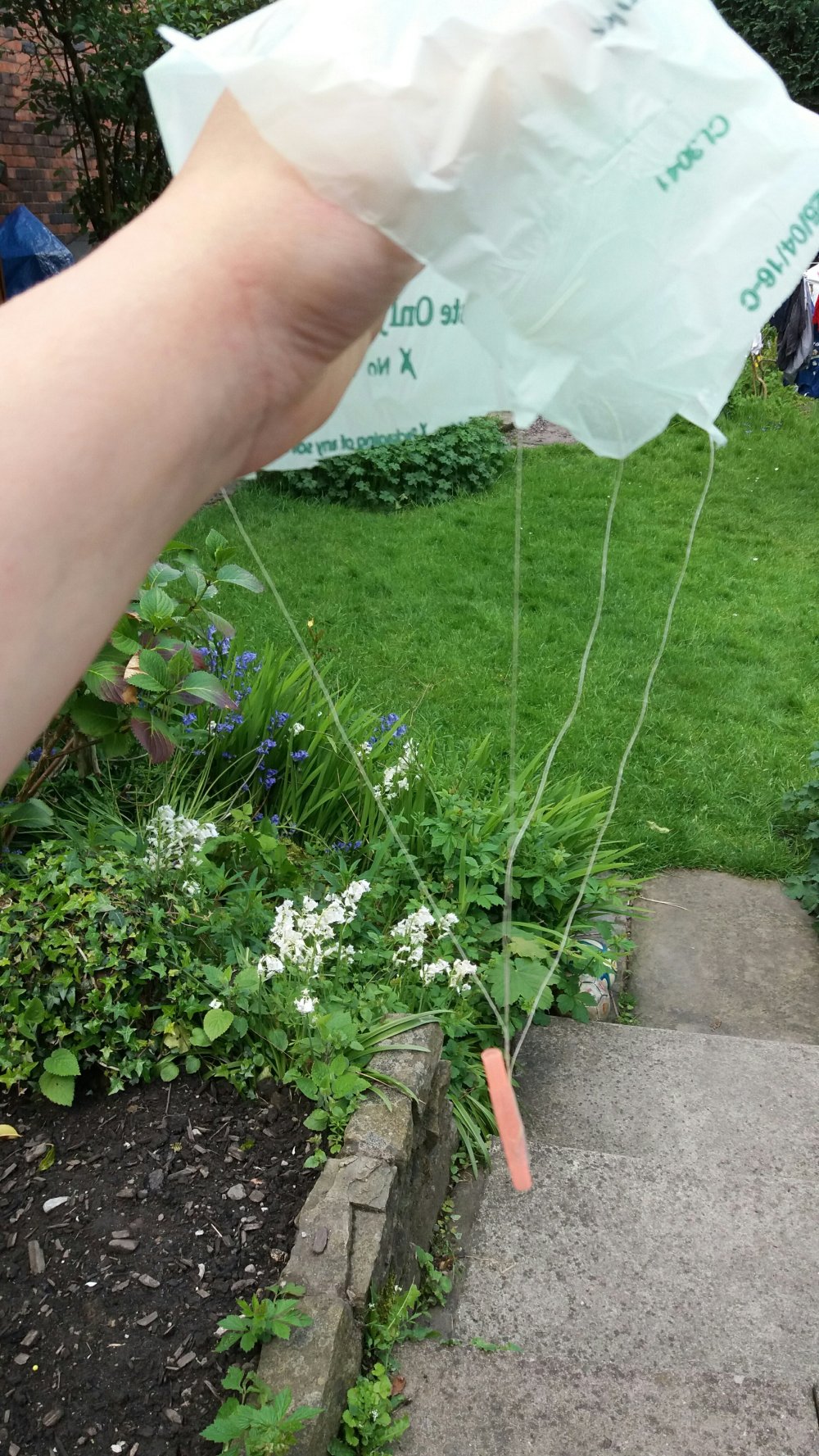 We also brought home a dandelion head to count how many seeds were on one dandelion clock. We had some guesses before we counted; S guessed 20, A guessed 10 and I said 50. We counted using a tally chart and then counted up in fives. S didn’t want to write, so I did the writing for her. She and A counted along in each group of five for the tally chart. We were all very wrong in our estimates, with 209 seeds in the head we counted! We talked about what we would estimate if we tried this again. 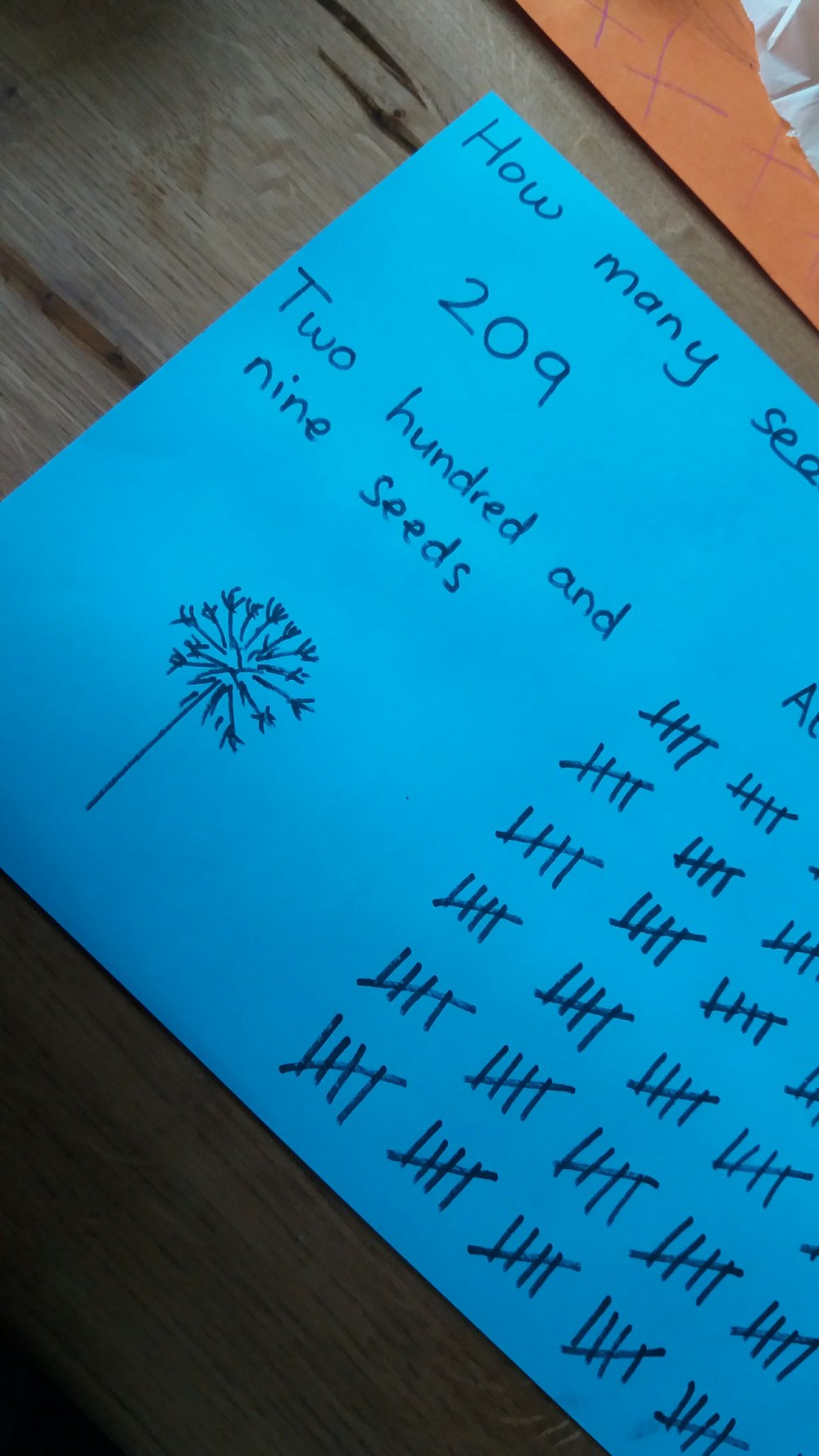 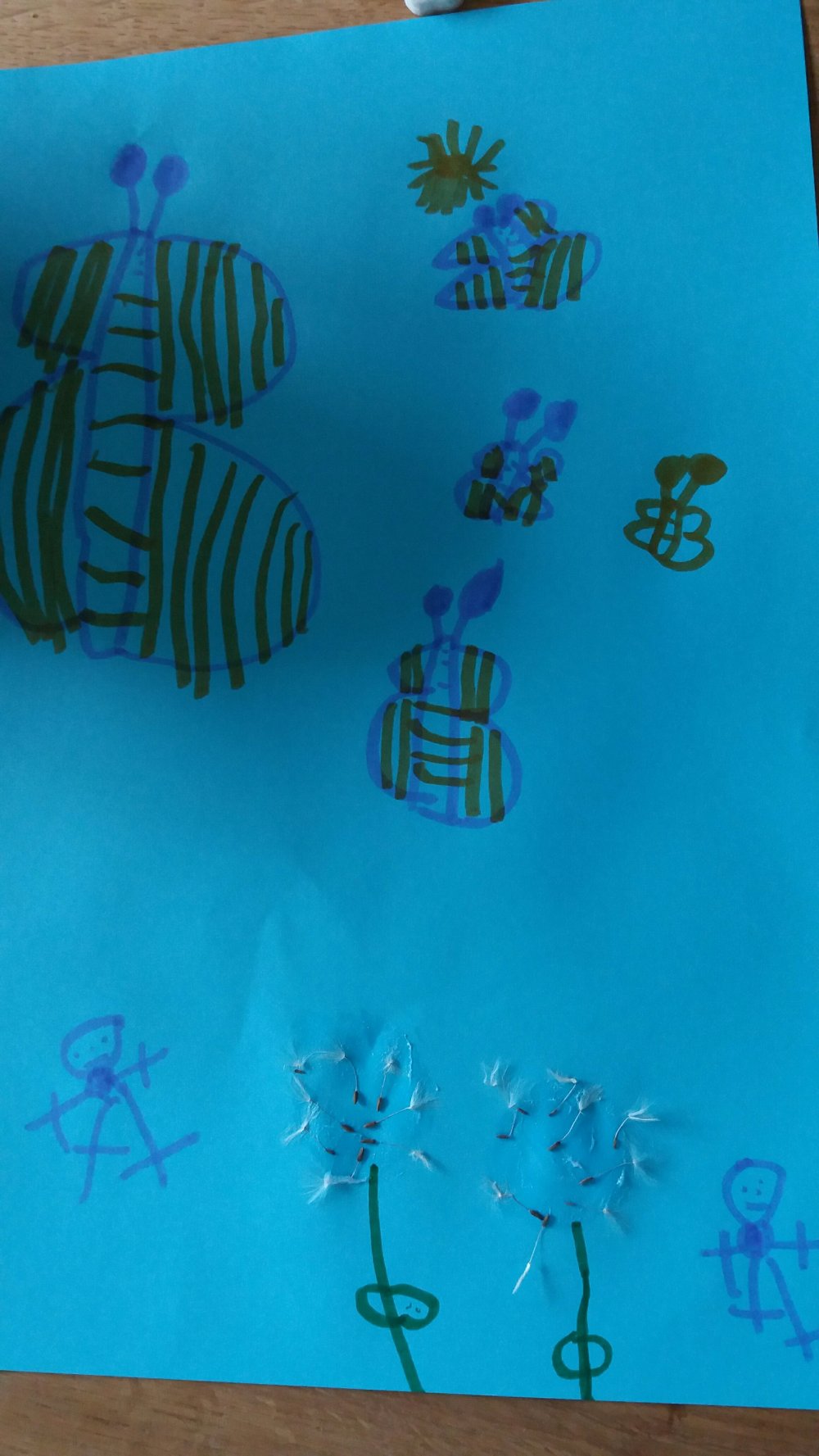 We made pictures using seeds as part of drawing; S tells me this is her and A collecting dandelions!