Day 32 of our #100daysofhomeed!and today we went to the Playgym at gymnastics first thing. We saw a friend there and the girls had great fun running through towers of foam blocks then jumping into the foam pits. S got upset when it was time to go as she said she hadn’t had long enough to play. I said we could go back next week, which calmed her down eventually!

We headed straight to our nearest town to have their feet measured as A’s shoes had been difficult to get on recently. S hadn’t grown yet, but A was up a size and is now only wearing half a size smaller than S! People often ask me if they’re twins despite there being 18 months between them. Judging by the centiles they follow in the charts, I think they may end up as a reverse set of Russian dolls with K being the youngest and tallest and S the oldest and shortest!

A picked the pinkest pair of shoes she could find! I don’t get much choice in what we get anymore (I was hoping she would pick the red or silver ones!).

We bought some watercolour paints while we were out too. I let them loose with them in the afternoon and they seemed to really enjoy them. I even tried them out and painted a view of the beach in Filey. I haven’t painted for ages and it was nice to flex some creative muscle. 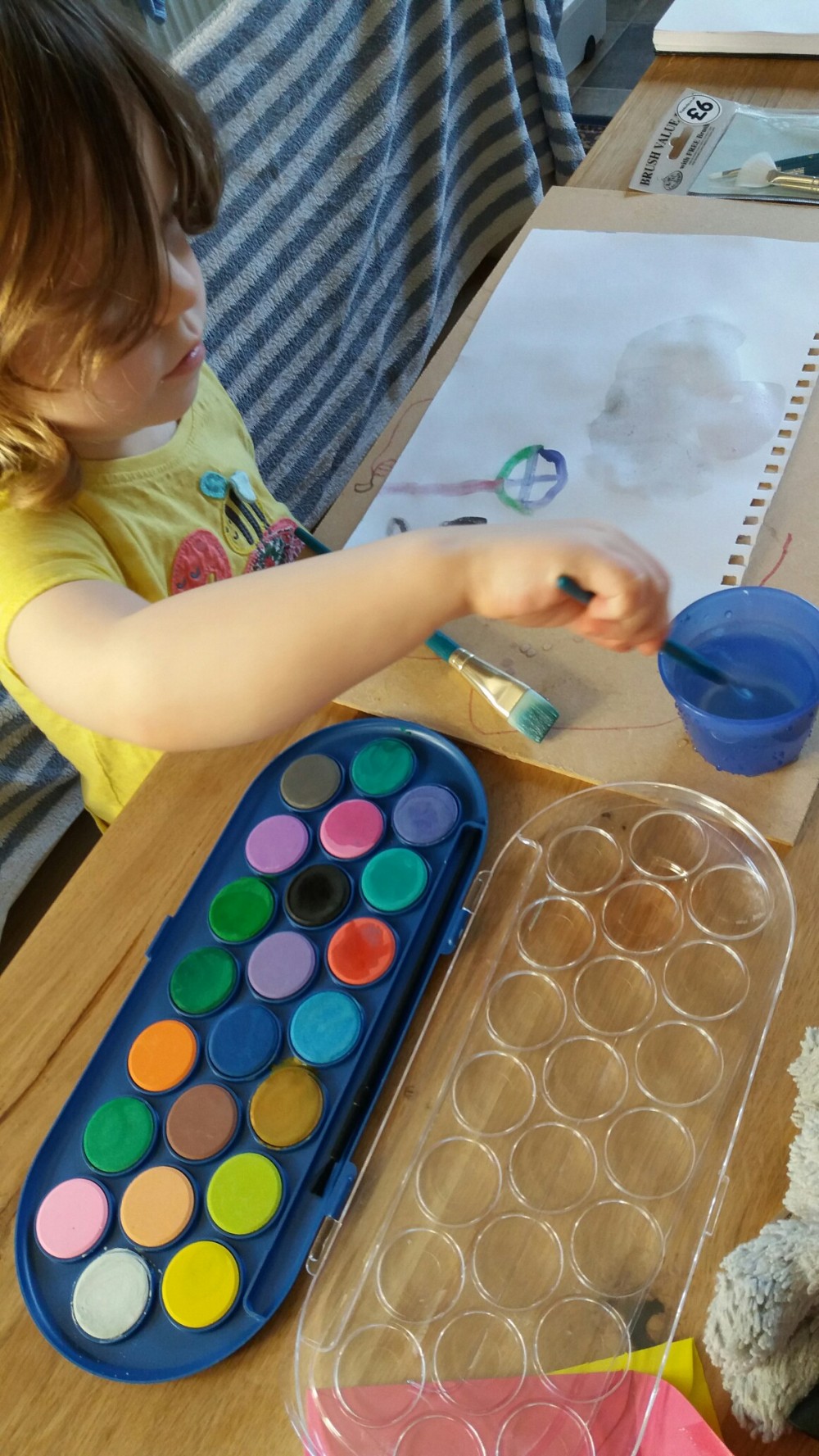 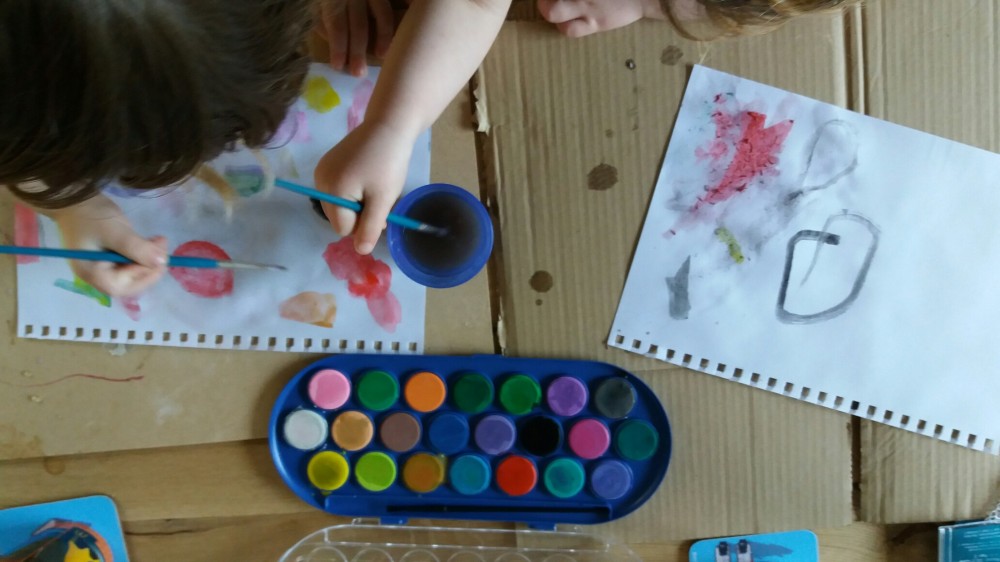 We made crispy cake nests in the afternoon as I spotted mini eggs while we were out shopping and thought it would be fun to make together. The girls enjoyed stirring in the cornflakes. I had to keep reminding them to spoon it into the cupcake cases and not there mouths though! We counted how many eggs were on each to make sure they were shared equally between the cakes we had made.