Day 31 of our #100daysofhomeed and we were at our regular home ed group this morning. There was a post office theme this week with a post office desk, post box, parcel making and weighing, and even some ‘houses’ to deliver post too.

S wrote her name and I helped her write our address on the little address form. A had some fun stamping hers alot! We put them in envelopes and bought some stamps from the counter. Then we posted them in the little cardboard post box.

Both girls made up a little parcel and put an address label on it. They had fun trying to stack as many parcels as possible on the weighing scales. 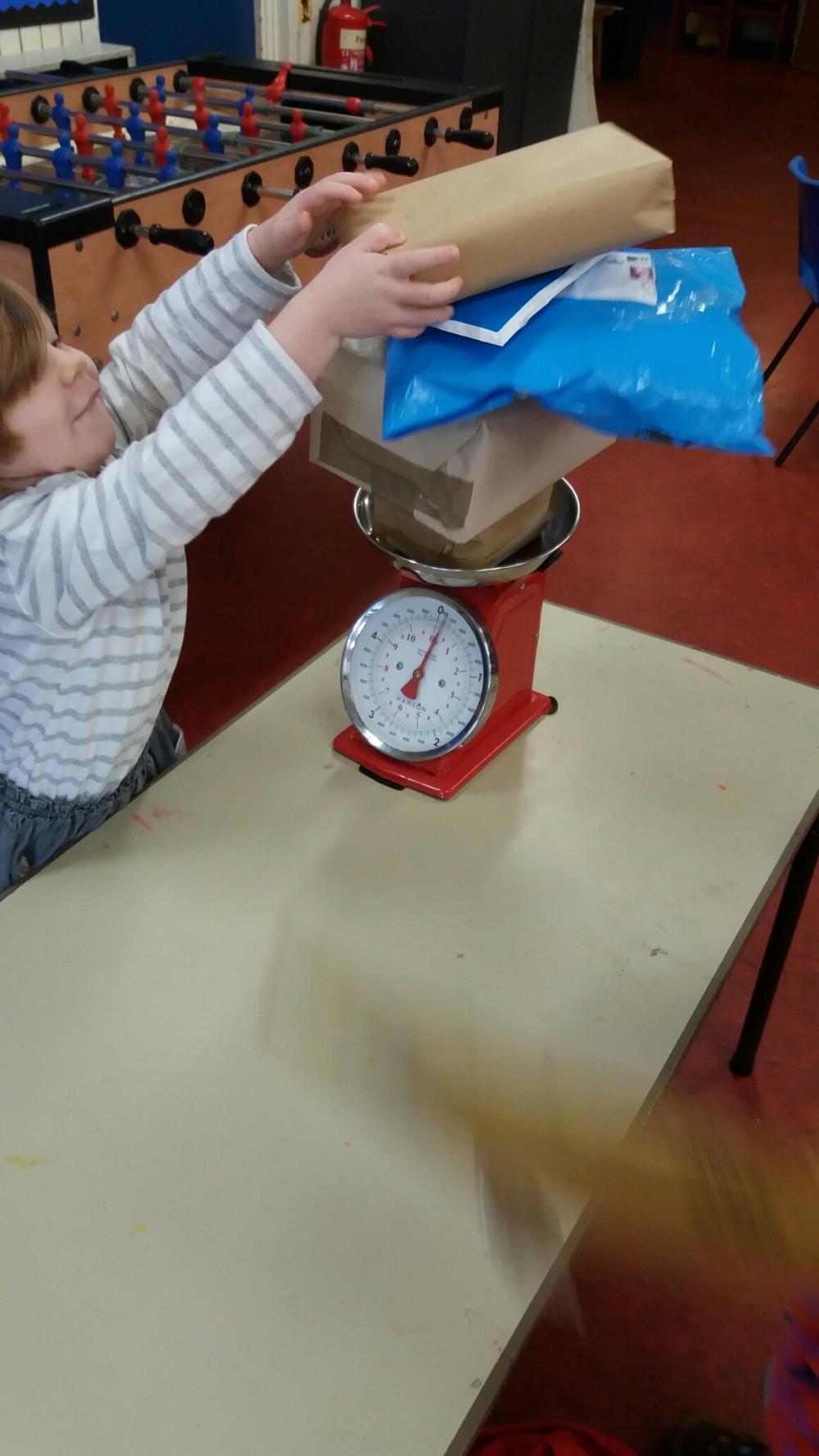 The girls went off to play and S appeared with painted nails, which I thought she had done with the red paint for the post box. I soon realised it was actual nail varnish and that there was an impromptu nail bar set up in one of the little tents! One of the other children had brought her nail varnishes and was offering manicures. Her mum told me she had wanted to charge a pound (but had been persuaded to give them for free), which I thought was rather enterprising!

Today was K’s half birthday and we started weaning. I can’t believe she is 6 months already, time has flown by. We are baby led weaning, as I did with S and A. She got stuck straight into her carrot and broccoli. She doesn’t have any teeth yet, but it doesn’t seem to be holding her back and she managed to eat a little bit.

Weaning is so messy, but I enjoy watching them discover food for the first time. We eat the same thing together as a family as a rule. The approach we took with S and A seems to have worked (at least so far) and they are not generally fussy eaters. I don’t add salt and don’t make things too spicy, but other than that I cook any type of meals. The girls will usually at least try a little bit of something, although S has a thing against anything leaf-like and A isn’t that interested in most meat.

I think knowing how to cook is such an important skill and one which I hope to pass onto the children.