Days 26 to 29 of our #100daysofhomeed and we were away on a long weekend to celebrate my mum’s 50th birthday. We were visiting Filey  on the Yorkshire coast. It was my first long drive on the motorway and I was a bit stressed about driving there for the first time! We made it there and back fine, although there was a slightly scary moment where a truck pulled out into the lane with no warning and I had to do a quick emergency brake.

Mr S loves all things Nintendo  and ordered the new Nintendo switch which came out on Friday. He was waiting by the door, hoping the Amazon delivery guy would come before we left! It arrived in time and the girls have also been trying out the game SnipperClips with Mr S. It’s a puzzle and logic game with little characters made of paper which can be cut and rotated to solve puzzles.

The girls played the Switch and an imaginary magic game with Mr S while I constructed the birthday cake. I went for a semi-naked stacked sponge cake decorated with real flowers. It’s the first time I’ve stacked cakes and I was holding my breath that it didn’t end up sinking or falling over!

We took a walk down to the beach on Saturday morning after I had put my mum’s cake together. S was looking out for the signposts ‘to the beach’.

S told the girls about how rocks become round in the sea and about the World War Two pillbox on the beach. 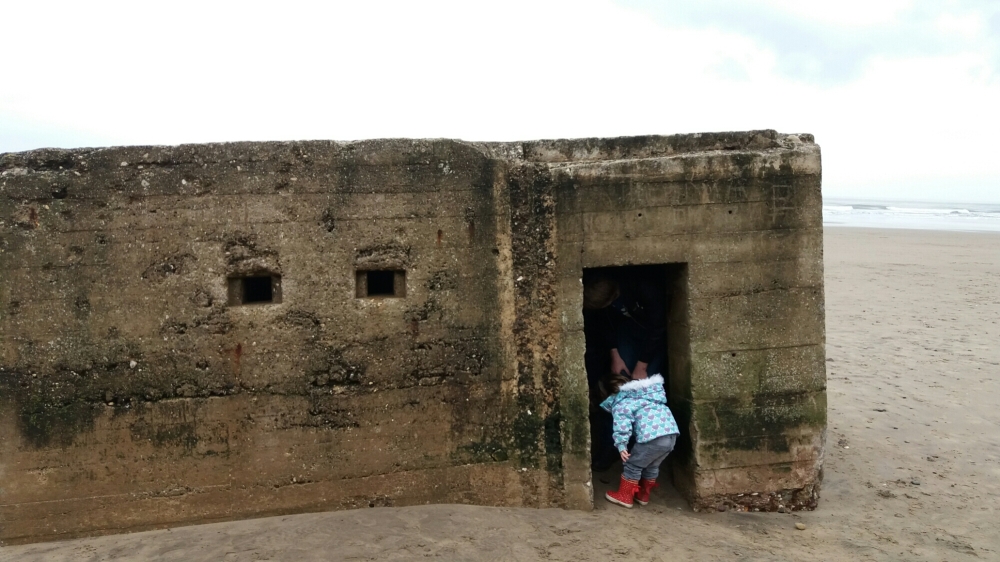 We visited Filey town on the Sunday for an ice cream. The first ice cream of the year! The weather was beautifully sunny. 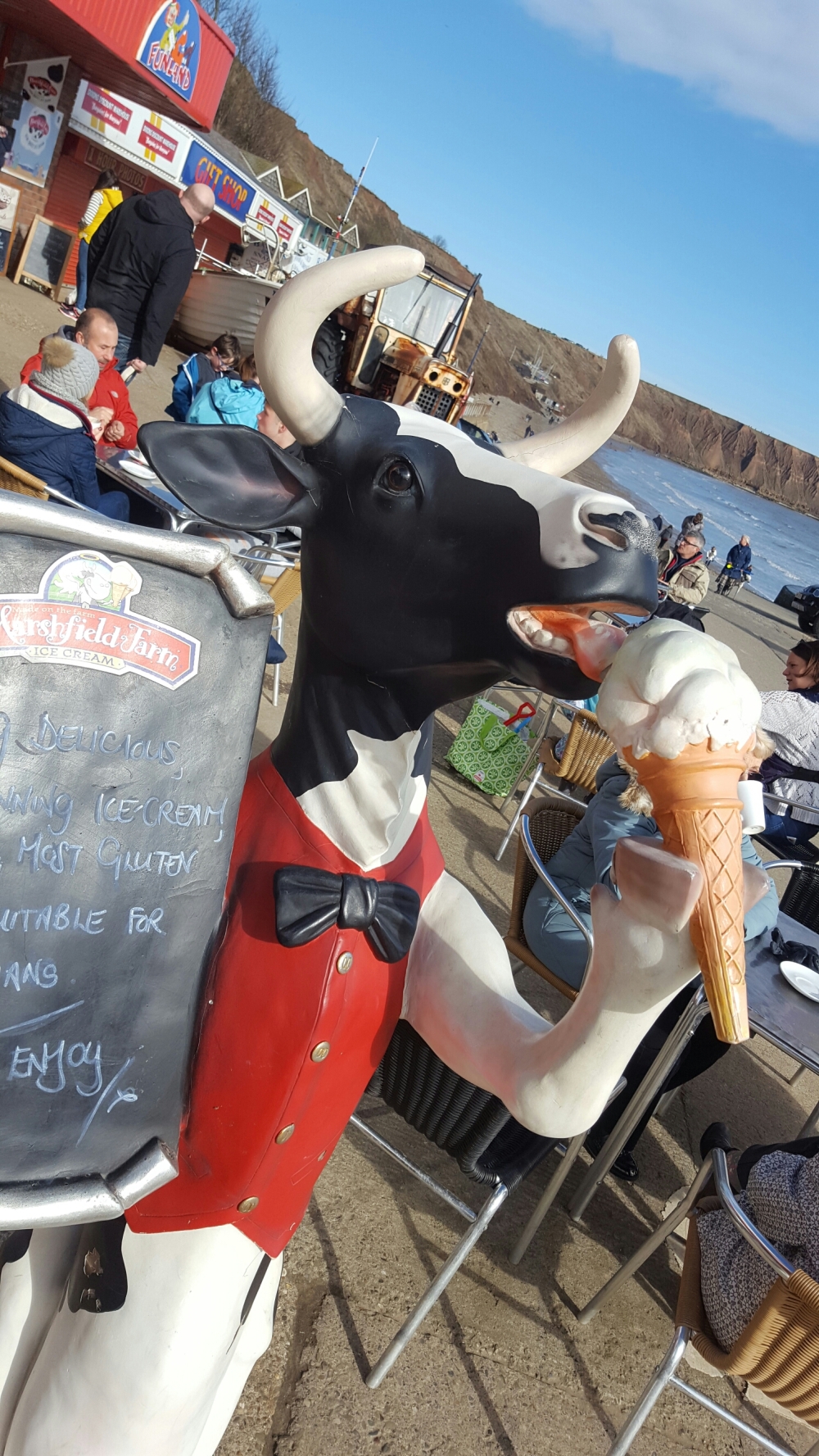 We built a sandcastle on the beach and had fun investigating the mini golf course.

We played another game of Carcassonne and understood the rules much better this time! S was very excited about ‘fighting’ daddy for control of the cities with her little men. A played for about half the game, but seemed to enjoy placing the tiles and men when she did. 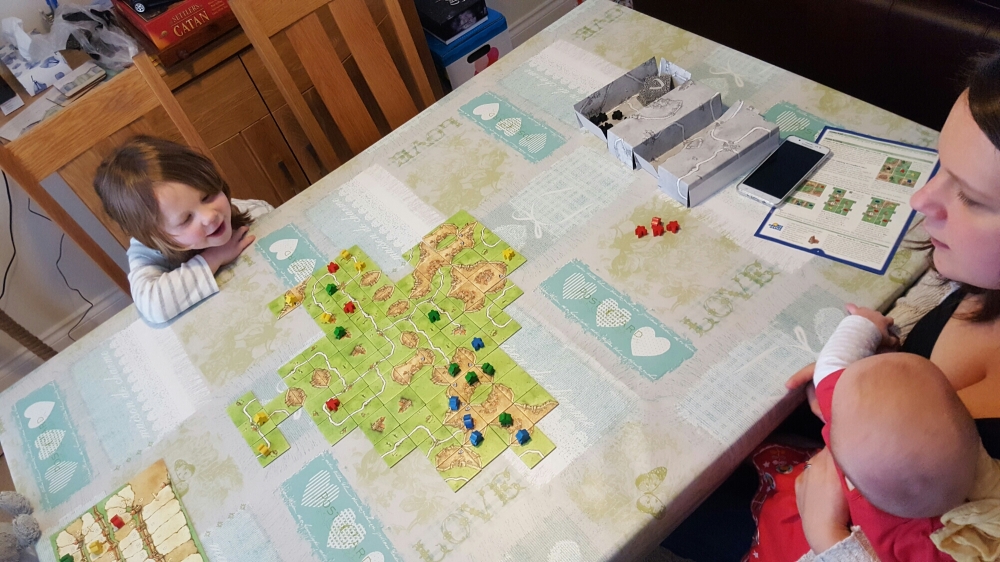 We went to the swimming pool twice and all the girls loved the water. K splashed around with Grandad for about an hour; she’s such a water baby! S and A jumped in the pool a million times and did some swimming practice with Mr S.

S asked to play pool as she had spotted the table after we had dinner on Sunday. Mr S went out to play pool a couple of weeks ago and S asked him all about it afterwards. She and A ‘helped’ daddy and grandad play.

We had a good weekend and a change of scenery was nice. I love being by the sea and have great memories of seaside holidays as a child. Now I’m motorway driving, hopefully we’ll get away to the beach again soon!