Day 17 of our #100daysofhomeed and we had a play date organised for today. We’ve made some new friends recently who are also starting out on a home ed journey too, so I invited them over for a play at our house. I spent a good hour in the morning trying to wrangle the house into a vaguely respectable state! Trying to keep the house clean and tidy is a task akin to painting the Forth bridge with more mess often being created as I turn to deal with something.

I think the play date was a success with everyone playing well together. They all took turns playing with the remote control car and Code-a-pillar. I even snuck some adult conversation in, which is always good! After lunch, S got out some paper plates from the art/craft cupboard and asked for stickers to decorate them. Everyone joined in and made their own decorated plates with sparkly snowflake stickers.

We said bye to our guests and read ‘A squash and a squeeze’ and ‘Snail and the Whale’. We spotted some of the sea creatures we had seen yesterday  at the sealife centre in the illustrations.

A took herself off for a nap and, with K also napping, I took the opportunity to extend the sea life theme with S. We watched an episode of the Blue Planet together. David Attenborough documentaries inspired me so much as a child and I’m hoping they will be as much a part of the girls childhood. I found a Sea turtle life cycle activity on Twinkl and we talked about each of the stages of the life cycle.

S wrote a word to describe each of the pictures representing a stage in the life cycle. 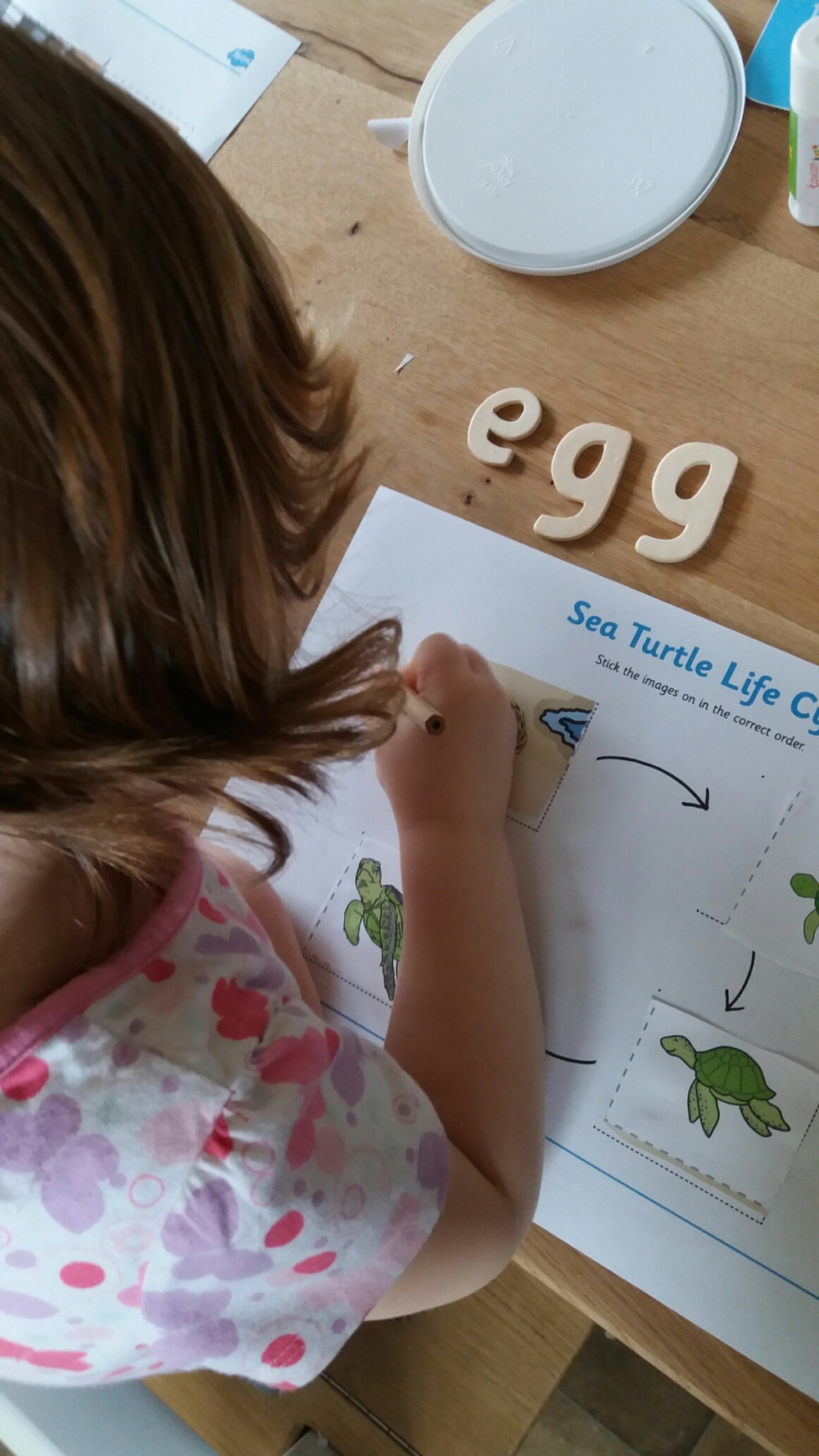 I think I may introduce food chains next week if the sea theme is still holding interest with S. S was telling me all about how the fish had eaten the other fish in the episode of Blue Planet we watched, so I think she might be interested in them.