Day 7 of our #100daysofhomeed and we had an exciting busy day today!

Mr S has been playing Paper Mario Colour Splash with the girls recently and they are really enjoying this game with him. They have been helping to solve puzzles and battle enemie. The game is in a world made of paper and card with paint, so it really captures their attention and Mr S reads out the dialogue for them too.

S commented in this section that these creatures were nocturnal as they were sleeping inside a cave when it was daylight outside, something we talked about last year when she was really interested in bats!

In the afternoon, we went to a local Chinese restaurant for a celebration of Chinese New Year. We learnt that Chinese New Year lasts 15 days and that today, being the last day, is the Lantern festival. The owner gave  a great talk explaining about the traditions and customs of the new year. There was a lion dance and the children took part in a unicorn dance. Both girls had the chance to be part of the unicorn and were very excited! 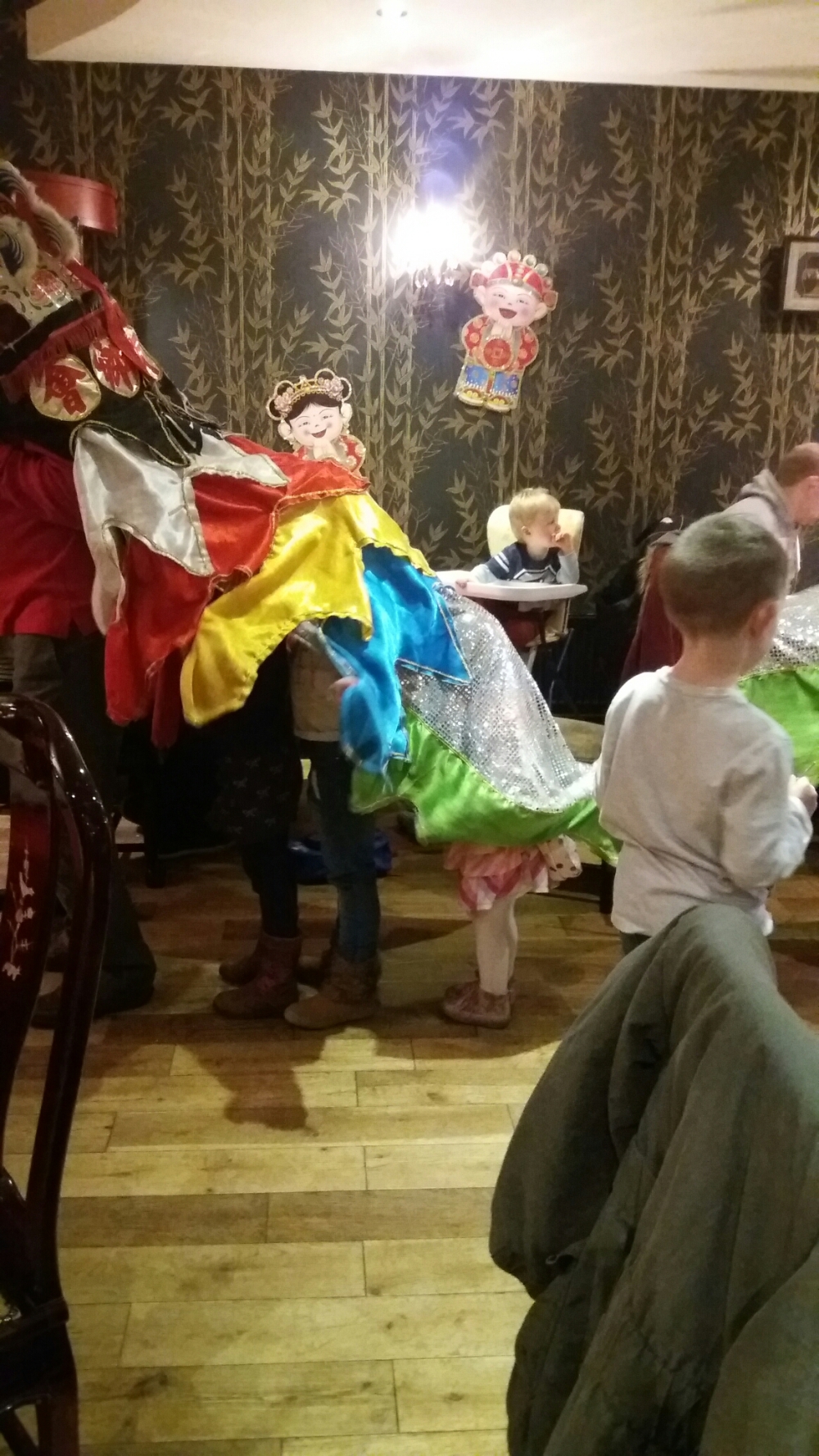 We had a re-enactment of the dance at home too! S remembered lots about the lucky colours and foods for the year of the Rooster; pink and pineapples if you need some luck!

We played shuffleboard when we got home. This was a game that Mr S’s family regularly played growing up and I got us our own board as a Christmas present 6 or 7 years ago. It’s great fun and a popular feature with my family at Christmas now! 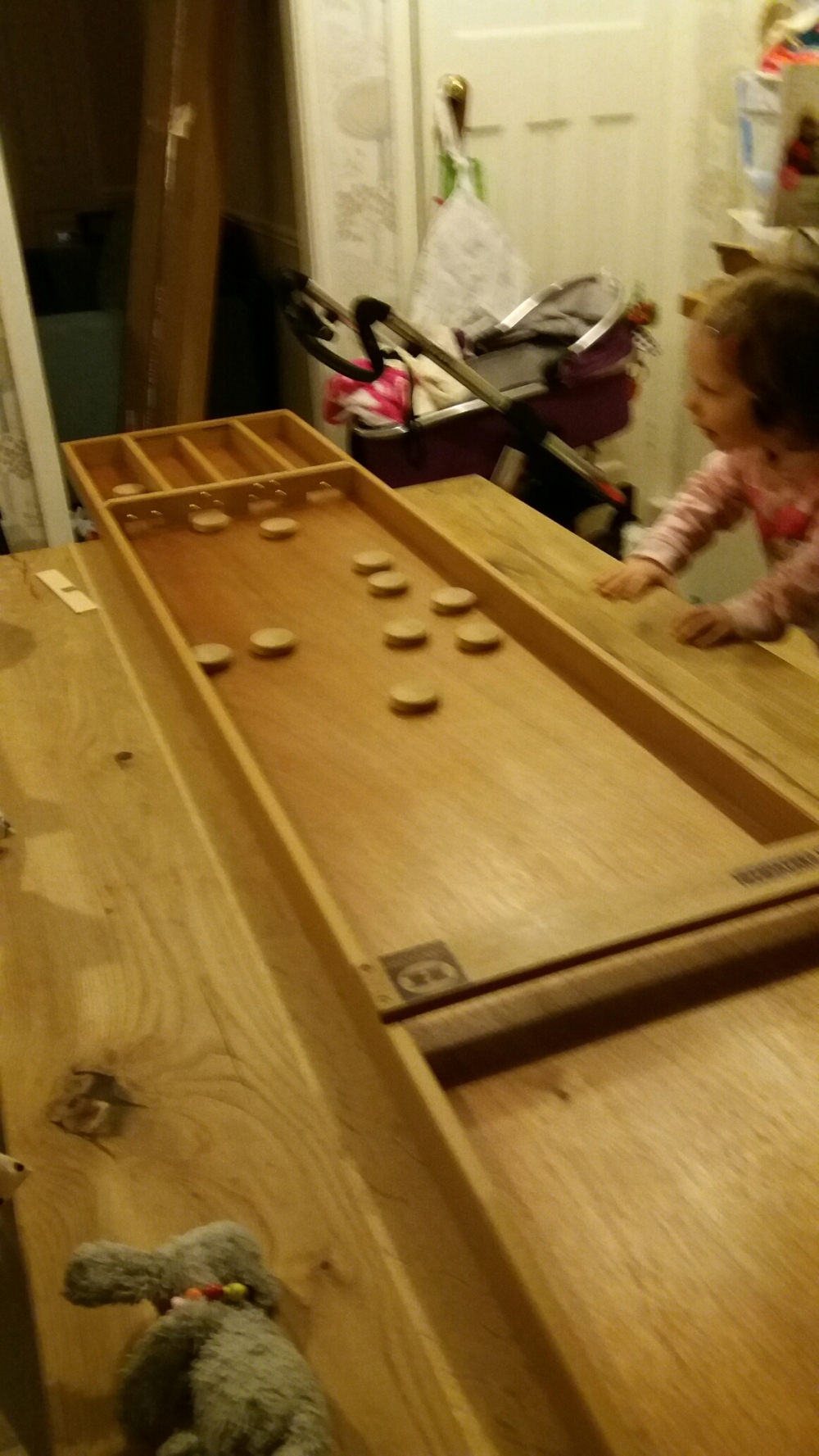 Both S and A are getting much better at throwing the counters down now. S helped add up our scores and we helped her count on to add the score from each compartment. We also talked about how we work out the score when there was more than one counter in a compartment, introducing multiplication.